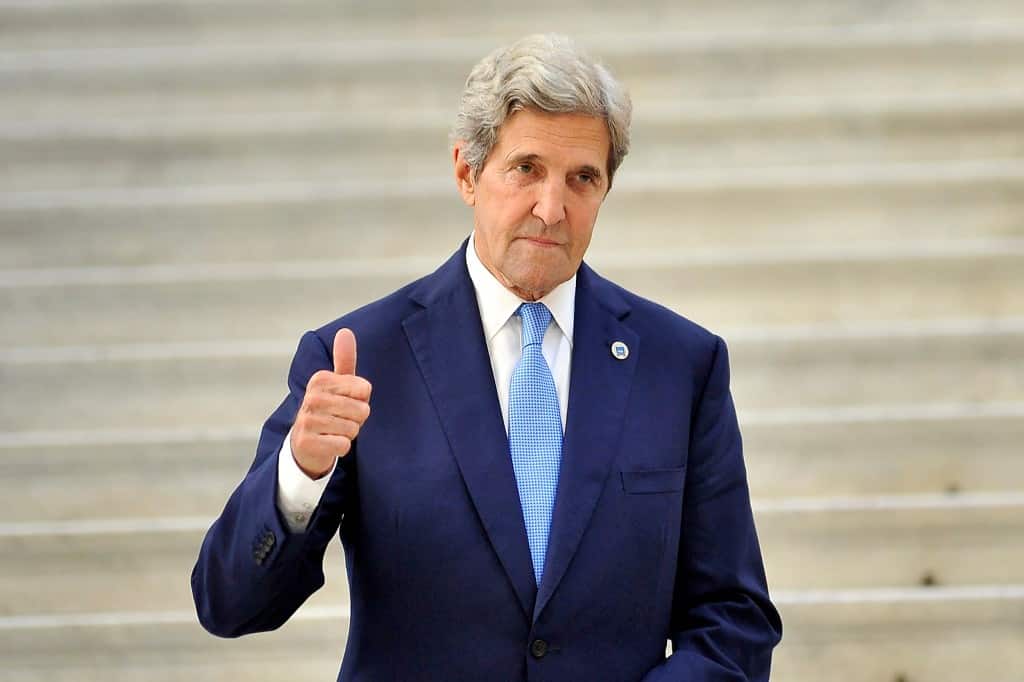 Special Climate Envoy John Kerry weighed-in this week on the escalating fuel crisis sweeping the United States; saying the country definitely does “not need more oil” to solve the problem.

The former Secretary of State was speaking at the University of Southern California when he was asked if more drilling would ease high-gas prices.

“No, we don’t,” he said. “We absolutely don’t. And we have to prevent a false narrative from entering into this,” explained Kerry.

“Other Democrats have been criticized for mixed messaging on domestic energy policies, including President Biden, who, in the past, demanded less reliance on fossil fuels, yet recently sent a letter to seven oil executives demanding to know why the flow of gas has been restricted from the market. Energy Sec. Jennifer Granholm, took to mainstream outlets early Thursday to double down on the president’s recent rhetoric, contrasting Kerry in some ways, while simultaneously admonishing fossil fuel dependence in another,” reports Fox News.

The Left's Witch Hunt To Persecute