Play
VIDEO: Embarrassing Moment when French President tells Biden Saudis are Out of Oil Just as he is about to ask for More Oil
Download
Podcast unavailable.
Economy

VIDEO: Embarrassing Moment when French President tells Biden Saudis are Out of Oil Just as he is about to ask for More Oil 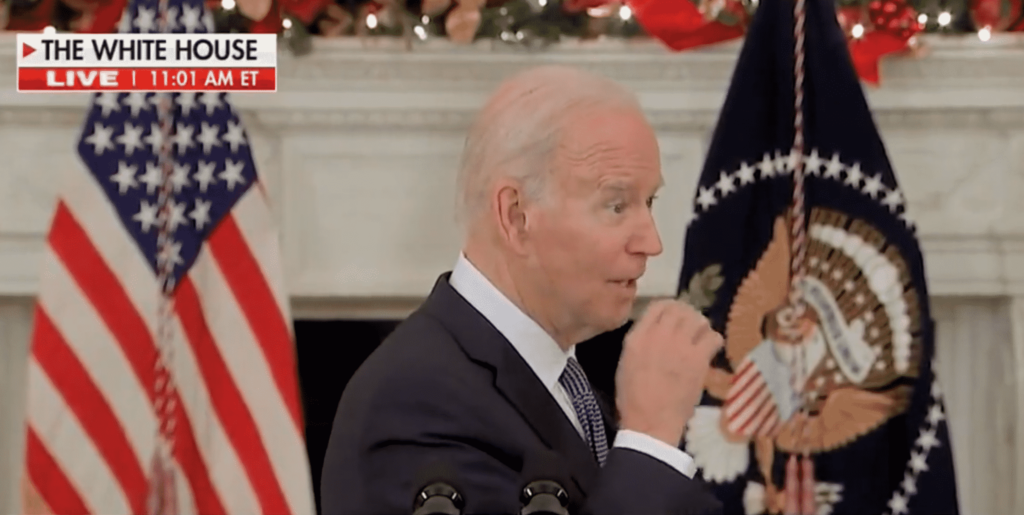 There’s not much more of an embarrassing scenario than President Joe Biden getting interrupted by French President Emmanuel Macron saying the Saudis are unable to produce more oil just as Biden is about to ask Saudi Arabia for more oil.

That’s precisely what happened Monday at the G7 Summit, and the exchange was captured on video. Macron mentioned that the information was given to him first-hand by Sheikh Mohammed bin Zayed Al Nahyan, the leader of the United Arab Emirates (UAE).

“Excuse me, sorry to interrupt,” Macron said to Biden in a quick aside at the summit. Speaking about his conversation with the Sheikh, Macron said, “He told me two things. One, I’m at the maximum, maximum. What he claims.”

“Second, he told me according to us, the Saudis can increase a little bit, by 150 [thousand barrels per day] or a little bit more, but they don’t have huge capacities at least before six months’ time.”

Both the White House and French and Saudi officials have been contacted for comment by Newsweek, which reports:

The countries had been viewed as the only two in the Organization of the Petroleum Exporting Countries (OPEC) with spare capacity to boost global deliveries that could bring down prices.

UAE Energy Minister Suhail Al Mazrouei has said the UAE’s oil production is near to maximum capacity based on its current OPEC+ production baseline, which is 3.168 million barrels per day.

“In light of recent media reports, I would like to clarify that the UAE is producing near to our maximum production capacity based on its current OPEC+ production baseline (3,168 mbopd [thousand barrels of oil per day]) which UAE is committed by until the end of the agreement,” Al Mazrouei told state news agency WAM on Monday.

President Joe Biden and Democratic lawmakers have been criticized for actively taking steps against energy independence for the United States, such as blocking the Keystone Pipeline. Newsweek adds that some are disappointed in Biden’s trip, saying his administration is letting the Saudis off the hook for the killing of journalist Jamal Khashoggi.

“When running for president, Biden had pledged that his administration would seek to make Saudi Arabia ‘the pariah that they are.’ The CIA had concluded that Saudi Arabia’s Crown Prince Mohammed bin Salman had ordered the murder of Khashoggi inside the Saudi consulate in Istanbul, Turkey, in October 2018. Saudi authorities have always denied the crown prince, known by his initials MBS, had any role in the journalist’s death” writes Newsweek.

Why are we training Ukrainian soldiers on American soil?

Have M&M’s finally gone too woke?